As unfounded claims of vaping as a gateway to smoking persist, Aussie scientists strike back 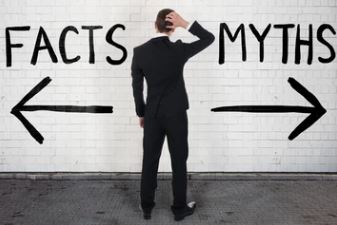 Vaping is under constant attack by politicians and lawmakers beholden to the financial contributions of Big Tobacco and Big Pharma.  One of the most often repeated yet grossly dishonest arguments of anti-vaping activists revolves around the disproven hypothesis that teen vaping leads to adult smoking.

In fact, researchers associated with the Pediatrics medical journal are still claiming as recently as December 2020 that teenagers who vape and have no intention of ever becoming smokers are predisposed to become adult users of combustible tobacco whether they like it or not.  In the study entitled Smoking Intention and Progression from E-Cigarette Use to Cigarette Smoking, lead co-author Olusegun Owotomo of the Children’s Hospital in Washington, DC, issues the following statement based on highly suspect data dating back almost a decade.

A similar report recently surfaced in the European Union.  Despite reams of evidence to the contrary, the EU report entitled Scientific Committee on Health, Environmental and Emerging Risks not only supports the “vaping is a gateway” theory but also makes the unfounded assertion that vaping does not even help smokers quit.  The latter argument has been overwhelmingly disproven in countless research papers and further supported by millions of public testaments from former adult smokers-turned-vapers.

While the United States and parts of Europe have always had a terrible time accepting the public health science surrounding vaping, many other countries openly embrace electronic cigarettes as a safer and more effective alternative to Big Pharma stop-smoking aids like nicotine patches and gums.

For several years now, public health officials of New Zealand and the United Kingdom, for example, have endorsed and even promoted vaping products as a smoking cessation aids.  And both nations are experiencing historic lows in adult smoking rates without witnessing strong increases in teen vaping.

Australia is still debating the issue of vaping advocacy, and scientists Colin Mendelsohn and Wayne Hall are working aggressively to convince Aussie lawmakers to fight for the right to vape.

“The association between nicotine vaping and cigarette smoking provides weak support for a gateway hypothesis. Smoking more often precedes vaping than vice versa, regular vaping by never-smokers is rare and the association is more plausibly explained by a common liability model. If there is a gateway effect, it is small at the population level because smoking prevalence has continued to decline despite an increased uptake of vaping in countries that allow it.
“Even if the evidence for a gateway hypothesis were stronger, it would not justify a ban on the sale of nicotine vaping products to adults. More proportionate regulatory policies could minimize youth uptake while allowing adult smokers to access these products for cessation or as a lower risk substitute for cigarette smoking.”

In other words, Mendelsohn and Hall point out that the teenage years have always been filled with good, old-fashioned experimentation and pushing against parental boundaries.  From drinking beer to having sex and, yes, even smoking, teenagers will always experiment from now until the end of time.  The question is:  Would public health officials rather they experiment with vaping or with the smoking of highly carcinogenic combustible tobacco? 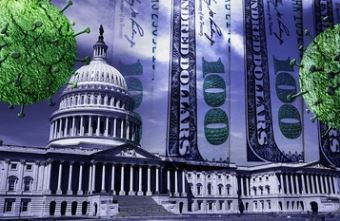 Did you know Congress included a vape mail ban in the last COVID relief package?

In the final days of 2020, the United States Congress was arguing with President Trump about a...

The medical community has known for decades that smoking increases the risks of high blood...